An ex-miner and a well-known Ukrainian artist Sasha Korban created a huge dual mural in Kyiv, Ukraine. Each wall has 50 metres in height (2 walls of 16-floors building).

Korban says that his mural conveys the relationship between a man and a woman, their friendship, love and simply the relations between two humans. Korban does not specify the plot deliberately: he doesn’t say what exactly is the couple doing – possibly dancing. “The viewer needs to have the opportunity to see his own script. Maybe to remember something or to dream about something”, adds the artist.

Sasha Korban was born on March 12, 1987 in Kirovske of Donetsk Region, Ukraine. In 2006-2011 he worked as a miner at “Komsomolets Donbasu”. He tried street art far back in 2002, but his career as urban artist has started in 2009.  His artworks are representing characters and portraits. His pieces are characterized with different techniques and styles like photorealism, pop art, expressive conceptualism, etc. 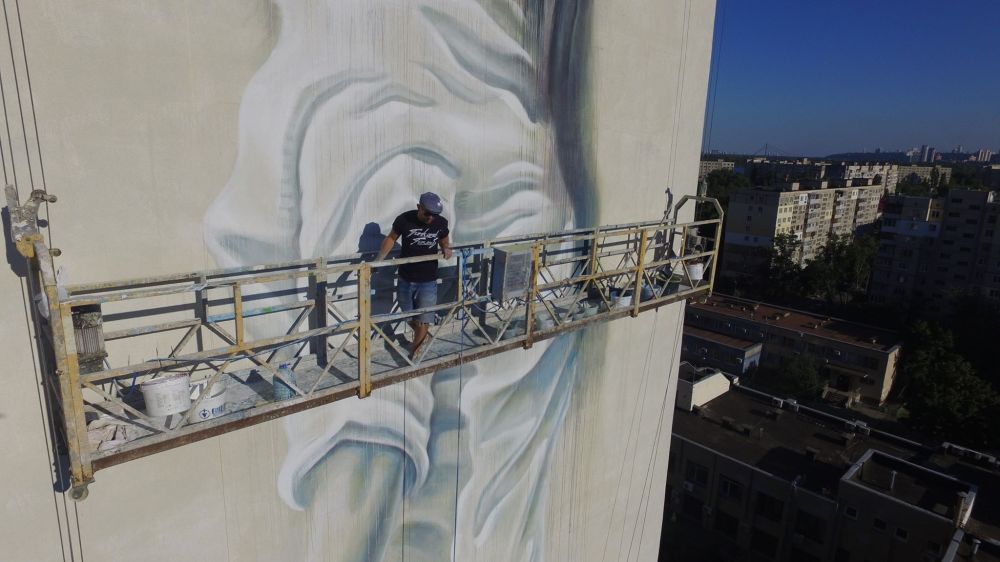