Tamara Alves is a Portuguese artist, based in Lisbon who’s inspired by urban life. Tamara is focused on illustration, painting, tattoos and street art.

END_OF_DOCUMENT_TOKEN_TO_BE_REPLACED

As you know from yesterday’s article, Vhils is the tag name of Portuguese street artist Alexandre Farto. He started doing graffiti in the early 2000s and soon after started experimenting with different techniques.
Vhils allegedly gained prominence when his work of a face carved into a wall appeared alongside a picture by street artist Banksy at the Cans Festival in London in 2008. A photograph of him creating the work appeared on the front page of The Times.
Vhils creates his unique wall art by dissecting poster ads and carving into or excavating walls with tools such as etching acid, bleach, pneumatic drills and other processes, to reveal their layers.

Alexandre explains what inspires him: “I try focusing on the act of destruction to create; this is something I have brought over from graffiti. I believe we are all composed by layer upon layer of social and historical fabric. Our social system is the product of this same process of layers, and I believe that by removing and exposing some of these layers—in fact, by destroying them—we might be able to reach something purer, something of what we used to be and have forgotten all about. It’s all very symbolical so take it as a semi-archaeological dissecting of layers of history and culture.”
– Alexandre Farto/Vhils for Wynwood Walls 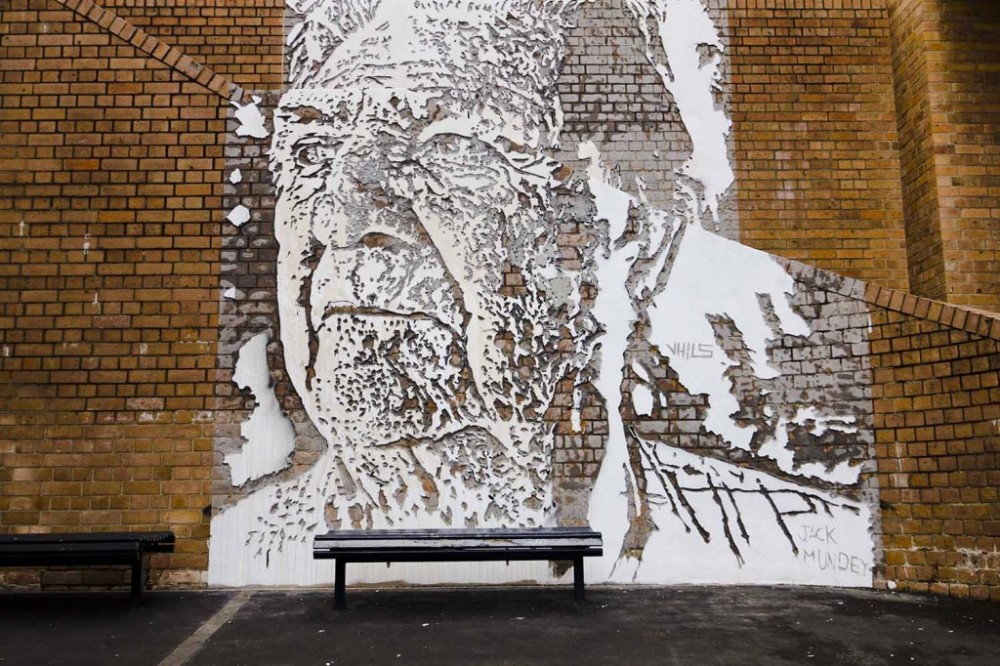 END_OF_DOCUMENT_TOKEN_TO_BE_REPLACED

Alexandre Farto aka Vhils is a Portuguese artist who currently works and lives in London and Lisbon. He uses unique techniques and tools such as explosives to create his murals. 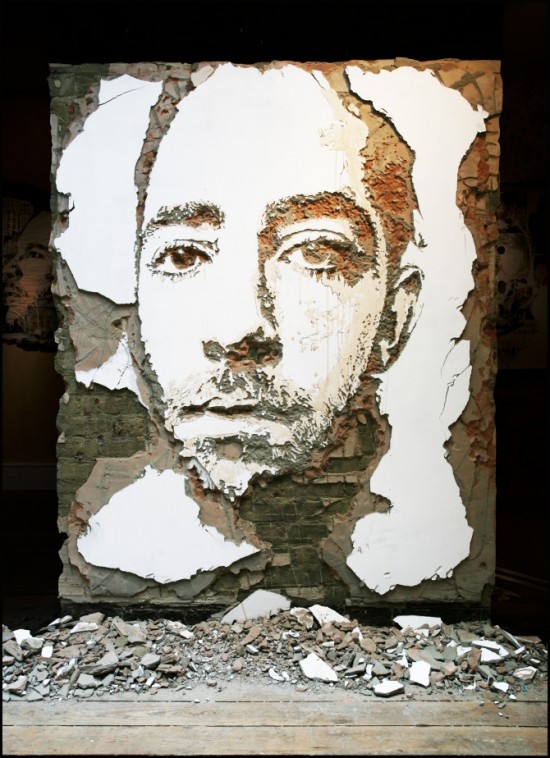 More information about Vhils and his unique work tomorrow!

Have a nice start into the week!

A collection of street art from Portugal by the amazing artist Bordalo Segundo!
Click here to find out more about the artist and his work.

END_OF_DOCUMENT_TOKEN_TO_BE_REPLACED

New mural by the French street artist Zabou appeared in Loures, Portugal!
The work is titled “Trompe L’oeil” which could be translated as optical illusion.

~ By Zabou ~ Loures. Portugal – From zabou.me

More work by Zabou is coming up tomorrow 🙂

Artur Bordalo (aka Bordalo Segundo/Bordalo II) is a very talented Portuguese street artist who likes to work with trash and turn it into amazing murals and sculptures.

“Bordalo II presents us a figurative painting full of vivacity and movement, where he paints his own interpretation of urban landscapes and city entertainment. He’s exploring his own mixed media on wood stand base, and are thus made a series of collages of objects (garbage).
It is not only a way to recycle, but also a critique of the world we live in, where we often have nice things, which are based on junk without realizing it.”
– From Bordalo Segundo’s Facebook 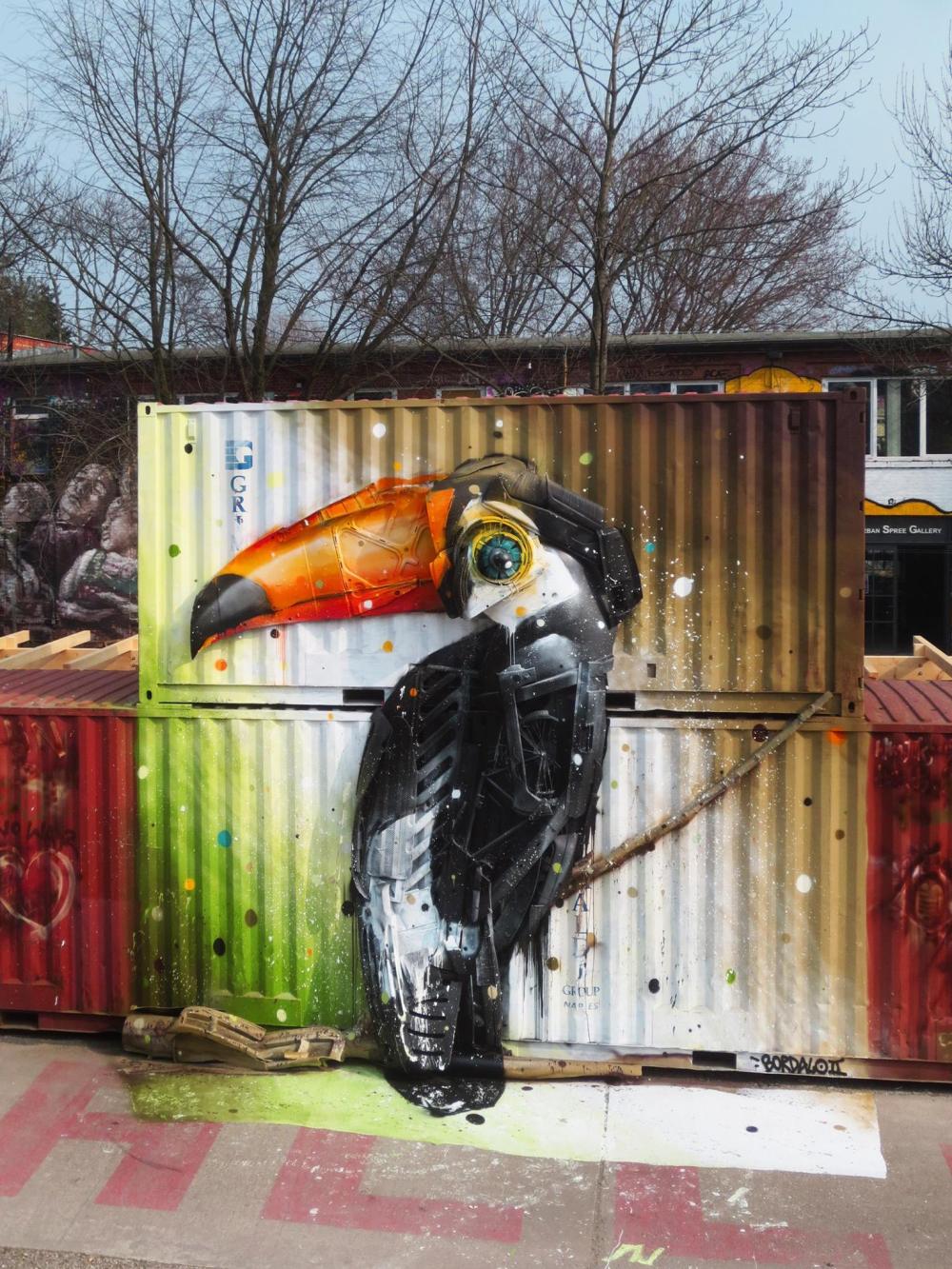 END_OF_DOCUMENT_TOKEN_TO_BE_REPLACED

Bordalo II made a beautiful and colorful owl sculpture on a wall in the city of Covilhã in Portugal out of recycled trash.
More work by Bordalo II is coming up tomorrow! 🙂