Recent piece by Portuguese artist Bordalo II in Turin, Italy created for his solo show “DECOMPOSED” at Square23 Gallery that will be up till the end of February 2017.
Bordalo used trash and found materials to make this amazing animal sculpture. 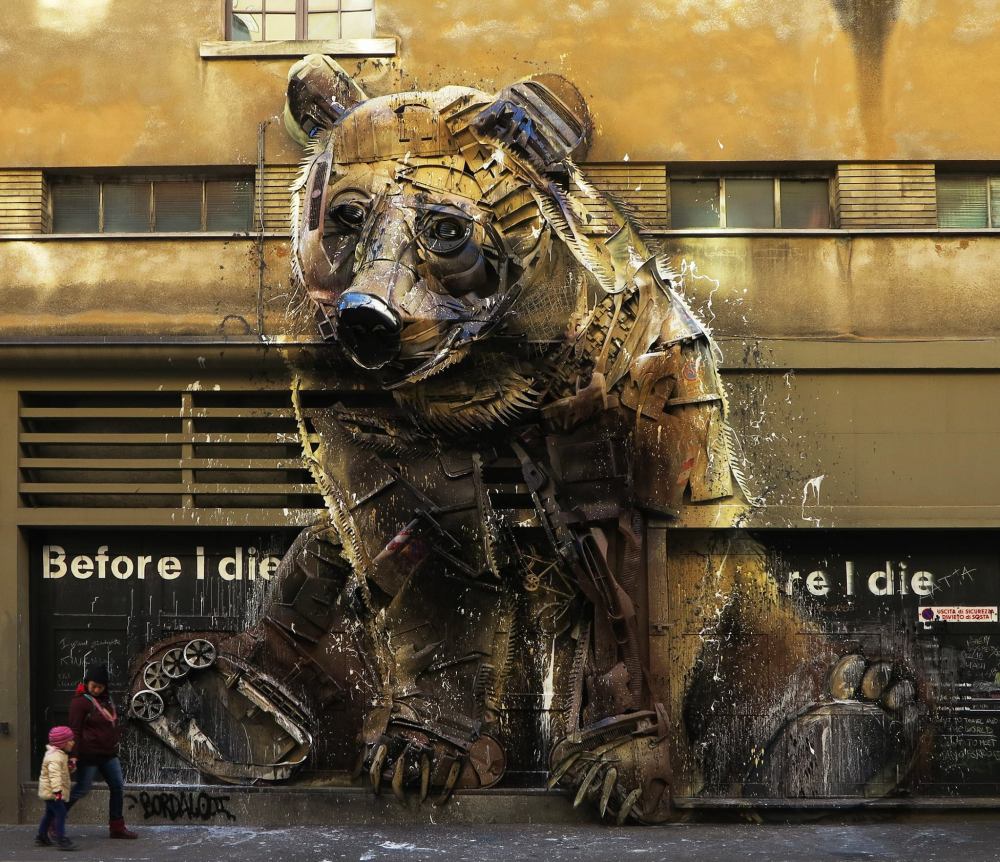 You can read more about his work → here ←.

Amazing mural by German artist Dome titled “…..and the last flower is for the lady” in Poggibonsi, Italy for the ‪Dots Festival. Dome used acrylics and spraypaint to create this highly detailed 3,6 m x 24 m artwork. 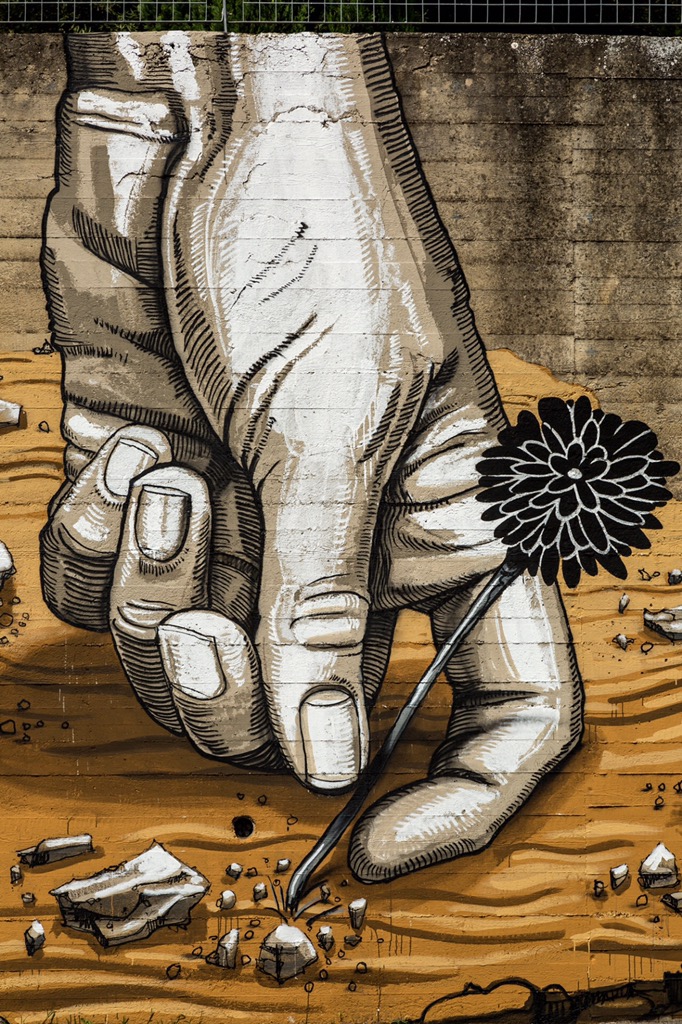 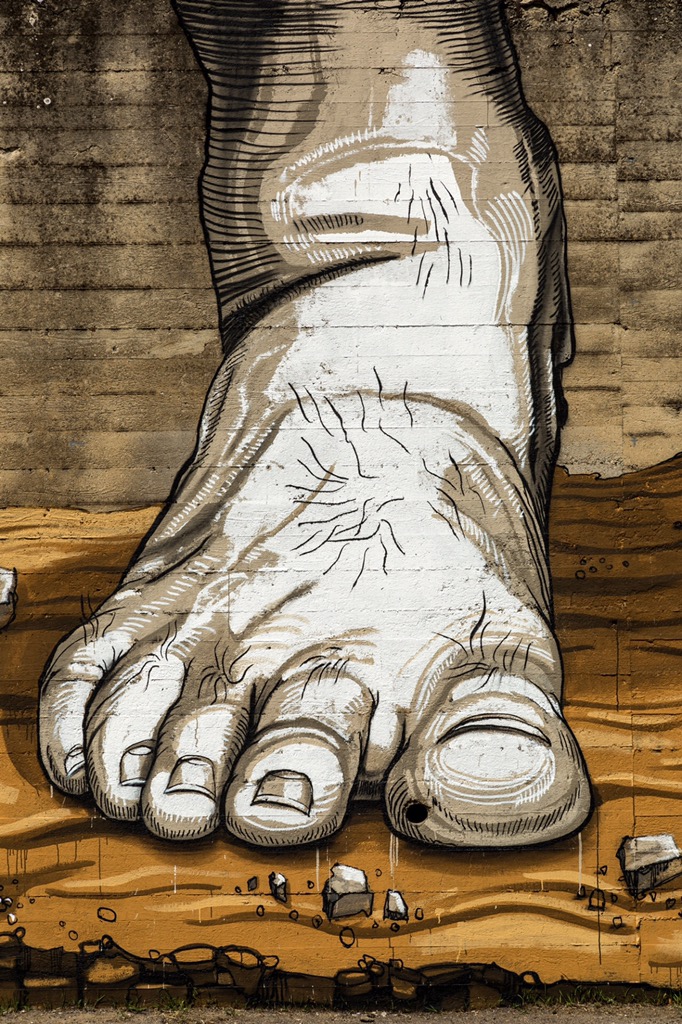 Francesco Giorgino, aka Millo created this stunning mural titled “Blind” for Impronte 2016 festival in Avellino, Campagnia, Italy, which is an event dedicated to street art, inspired by Salvatore Ferragamo – famous designer and craftsman born in Bonito in 1898. The mural was inspired by “Rainbow shoes” that were designed by Ferragamo for renowned actress Judy Garland while she was acting in The Wizard of Oz in 1938.

In one of the first scenes of the movie the protagonist Dorothy sings the song (Somewhere) Over the Rainbow written by Harold Arlen. The song, the colorful movie sets and a series of historical circumstances were conducive to the creation of this shoe. In those years Ferragamo began working with the Sardinian cork (a poor material that was absolutely unknown in the footwear industry).

In his artwork Millo captures the magical atmosphere and the story held in the Rainbow shoe. He also describes the human being and the his inability to understand his own magic.

END_OF_DOCUMENT_TOKEN_TO_BE_REPLACED

Manuel Di Rita aka Peeta is a talented Italian graffiti writer, painter and sculptor who currently lives and works in Venice, Italy.
He is a member of the EAD crew (Padova, Italy), FX and RWK crews (New York City) and has participated, over the years, in jams, festivals and art shows all around the world.
Peeta is known for is incredible 3D art and abstract shapes. Using a variety of shading, gradients and shadows, his work often appears to be hovering just off the surface on which it is painted.

END_OF_DOCUMENT_TOKEN_TO_BE_REPLACED

Italian artist Manuel Di Rita aka Peeta just finished his latest mural on the streets of Campobasso, Italy (at Via Liguria). The piece was created for the  the Draw The Line Street Art Festival.

END_OF_DOCUMENT_TOKEN_TO_BE_REPLACED 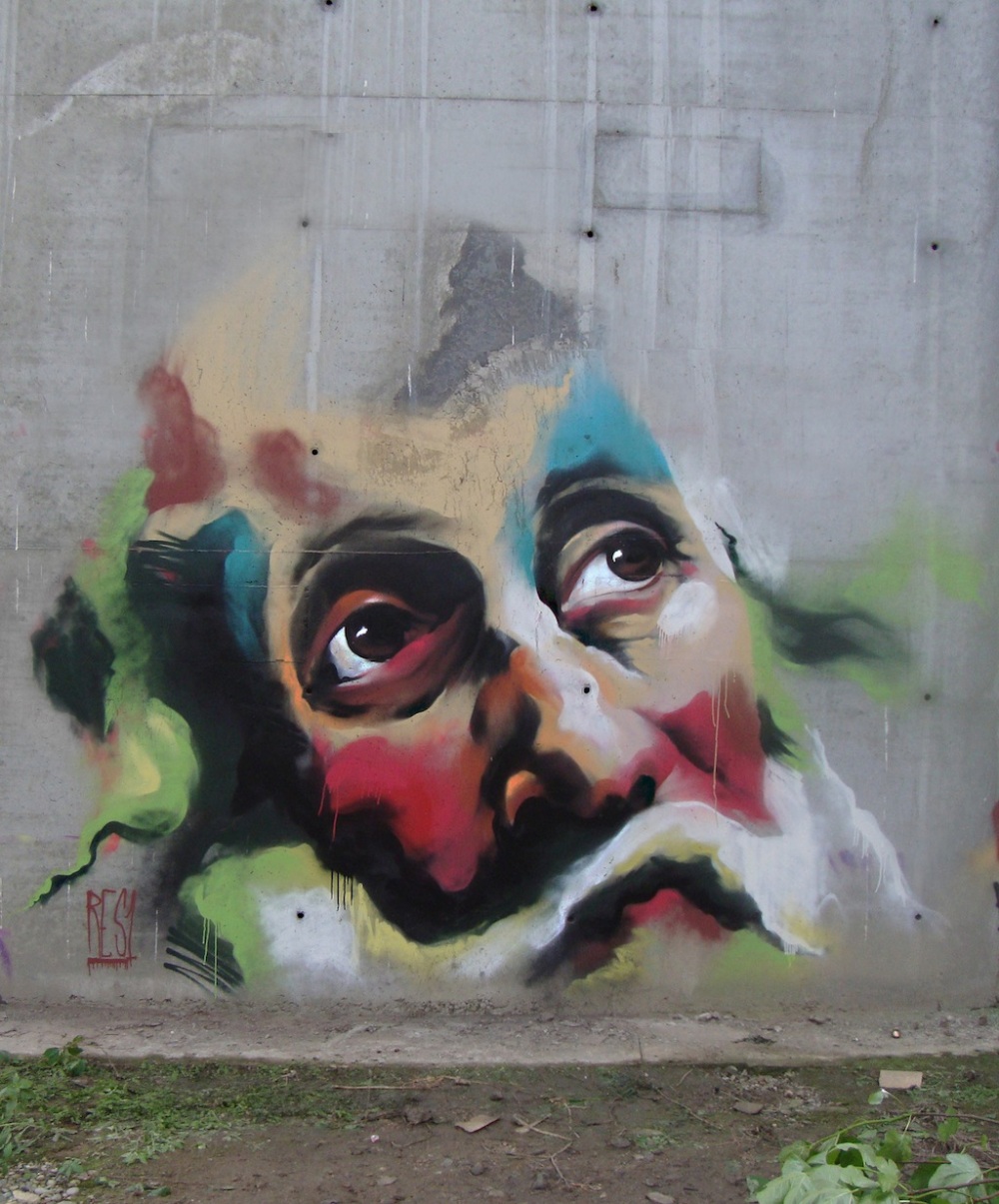 Have a beautiful day!

Agostino Iacurci is an artist born in Foggia in 1986, he lives and works in Rome.
In his works of synthetic forms and bright colors, through an essential language, he is capable of driving multiple layers of interpretation.
This approach places his tales on the perennial threshold between innocence and artifice, serenity and catastrophe, in a magnetic tension that is the interpretive key to our very existence.*
His style is very unique and always shows perfectly clean lines.

END_OF_DOCUMENT_TOKEN_TO_BE_REPLACED

Recent mural by Fintan Magee in Sapri, Salerno, Italy titled “Woman With Aloe Vera Plant”.
His mural is based on Grant Woods painting ‘Woman with Plants’.
“This painting depicts a local woman in the small town of Sapri in South of Italy. The mural references the social realist tradition of painting regular people within their working environment and celebrates the role of motherhood in South Italian communities. The Aloe Vera plant can be seen growing in many gardens and balconies in the local area and is also important to the artist personally because during his childhood, his own mother grew the plant, often using it to help heal his cuts or bruises if he was injured.”
– StreetArtNews.net 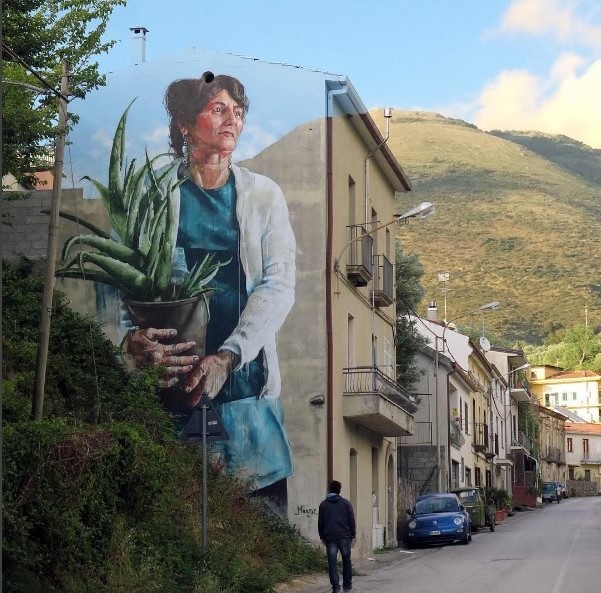 His mural is in harmony with it’s surroundings.

Powerfull piece by NemO’s in San Berillo Catania, Italy.
NemO’s explained the message behind his mural “Abito qui (I live here)” on his instagram:
“San Berillo is an historic district in the center of Catania. Today, the majority of these homes are uninhabited and often abandoned. In the 50s San Berillo became the red-light district of the city and nowadays it’s a very closed area avoid by the majority of people.
Some prostitutes have resisted the demolition in the 50s and now they live here with migrants, pushers and the new generation of prostitutes.
They are women about 60/70 years old that have lived the history of the districts and its trasformations. They are “consenting” prositutes and have chosen their profession. This women work jet, they stay outside home and wait their customers. The “historic” prostitutes are the real landlord of this district.
San Berillo is ignored and ghettoized by the citizens of Catania and so this area undergoes continuous speculative attacks.”

Mr Klevra is a Rome-based artist. He started as a writer in 1994 and as his work progressed he became more interested in street art. Mr Klevra uses the street as if it was an art gallery: each work must have the right location, the right lighting… His works are able to instantly catch attention of a passer-by with amazing details, color shades, written and hidden symbols of various kinds.
Mr Klevra is also a Christian iconography and Byzantine painting enthusiast which is reflected in his artworks.

Click here to see his giant mural from the peripheral district Tor Marancia in Rome, Italy!