Greek artist Fikos was born in 1987 in Athens, the city he still calls home. From a young age he painted whatever he saw around him – comics, landscapes, icons and more. At the age of 13 he started studying Byzantine painting under the guidance of George Kordis, with whom he later collaborated for 5 years painting murals in Orthodox churches, while at the same time developing his own personal painting style.

Having a background as both a graffiti artist and an iconographer in Orthodox Christian churches, Fikos is continuing his developmental journey by painting murals in public spaces. The value of these works is exceptional, as it is the first time that the monumental Byzantine technique meets a contemporary art form such as street art. The themes of his murals emanate from the Orthodox Christian tradition and ancient Greek mythology. 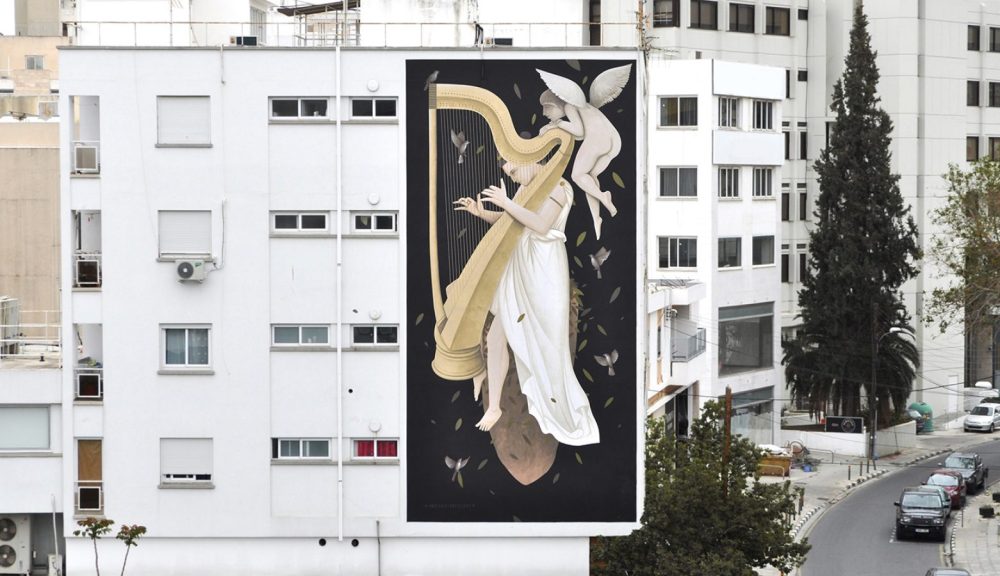 Click here to see the biggest Byzantine painting in the world by Fikos!