Mexico based artist Said Dokins was kind enough to send me some of his latest murals.
The first mural, is in the city of Coachella, California, for the “Coachella Walls”Festival, with the support of Date Farmer and curated by Med Sobio (co-curator in 2011 of the annual “Wynwood Walls” with developer Tony Goldman).
The theme of Coachella Walls that artists were working on this year is “American Women: a Homage to the Women of the Americas”. In this mural, Said Dokins inscribes the names of some collectives and organizations lead by women, seeking and fighting for the defence of human rights in Mexico and Latin America. 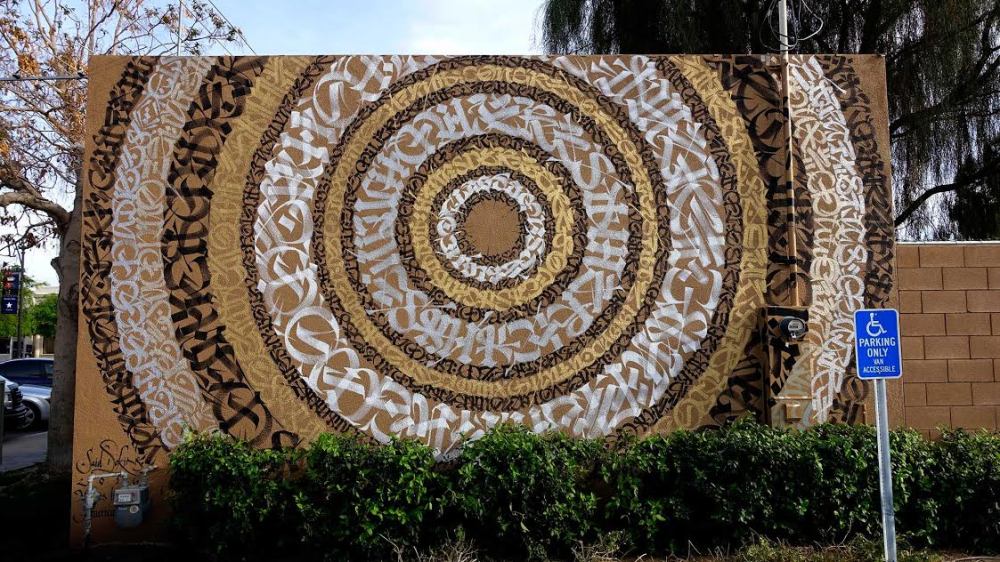 The second mural is Said’s last collaboration with Monkey Bird collective for the Festival Street Art Evry Centre Essonne in Paris, France, and in México in San Miguel de Allende.

“Through these walls we explored the great questions of humanity in a dichotomic way. In one hand the mural ‘Looking at stars’ approaches the fascination of men with the universe, their allurement of stars and the conquest of what is beyond our perception. On the other hand ‘The secrets of mind’ looks into the mysteries hidden inside our head and the ways they had been interpreted through time.”

More information about Said Dokins and his amazing work soon!

Have a beautiful day!