Robert Proch is a painter, muralist and animator who lives and works in Poznan, Poland. He was educated at the Academy of Fine Arts in Poznan, Poland.
As a teen, he started experimenting with graffiti in his hometown of Bydgoszcz, Poland. His work is greatly influenced by the atmosphere in his environment; music, weather etc. He is inspired by artists such as Francis Bacon, Claude Monet, William Turner, Miles Davis, Sat One… 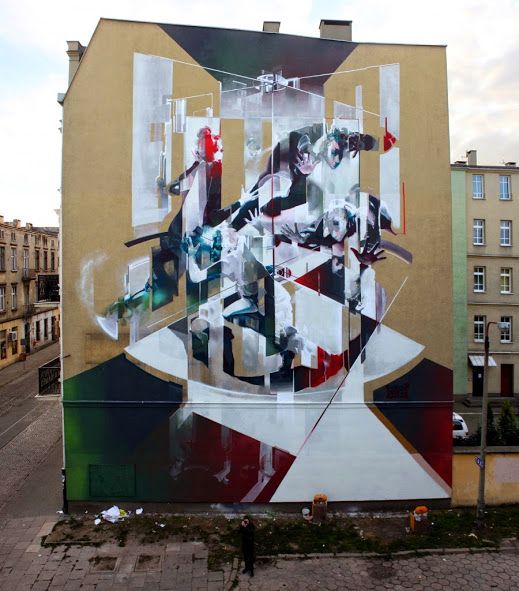 “Metaphor, Symbol, Deconstruction, Metamorphosis, it all works well if the first step comes out from defined universe which is possible to identify with. Good painting should speak itself. No user guides.”
– Robert Proch, WideWalls.ch 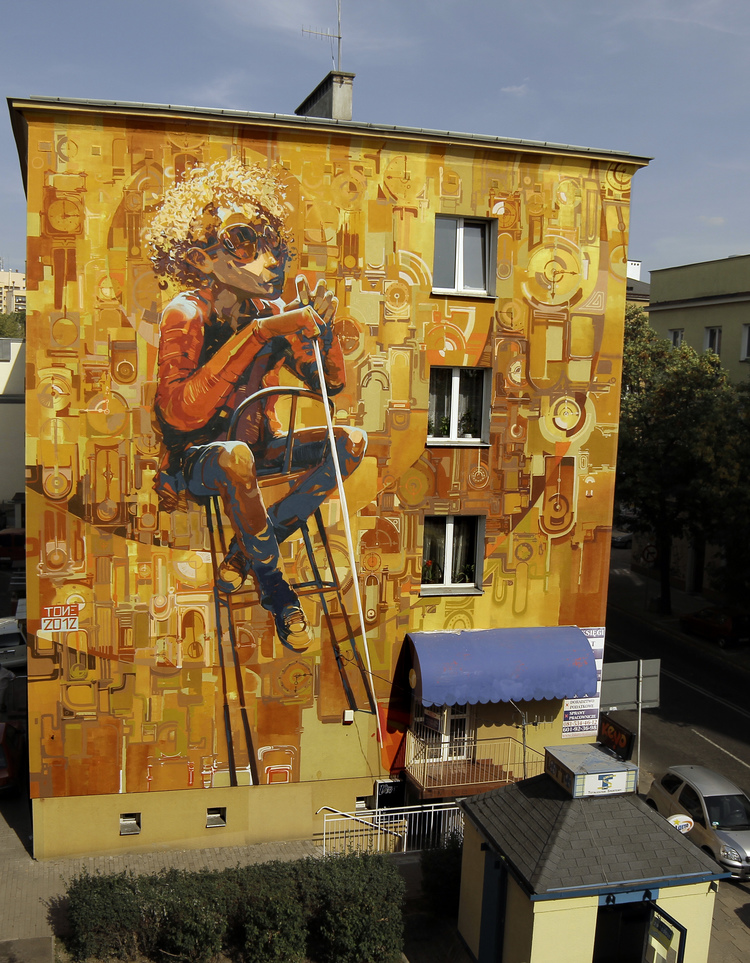 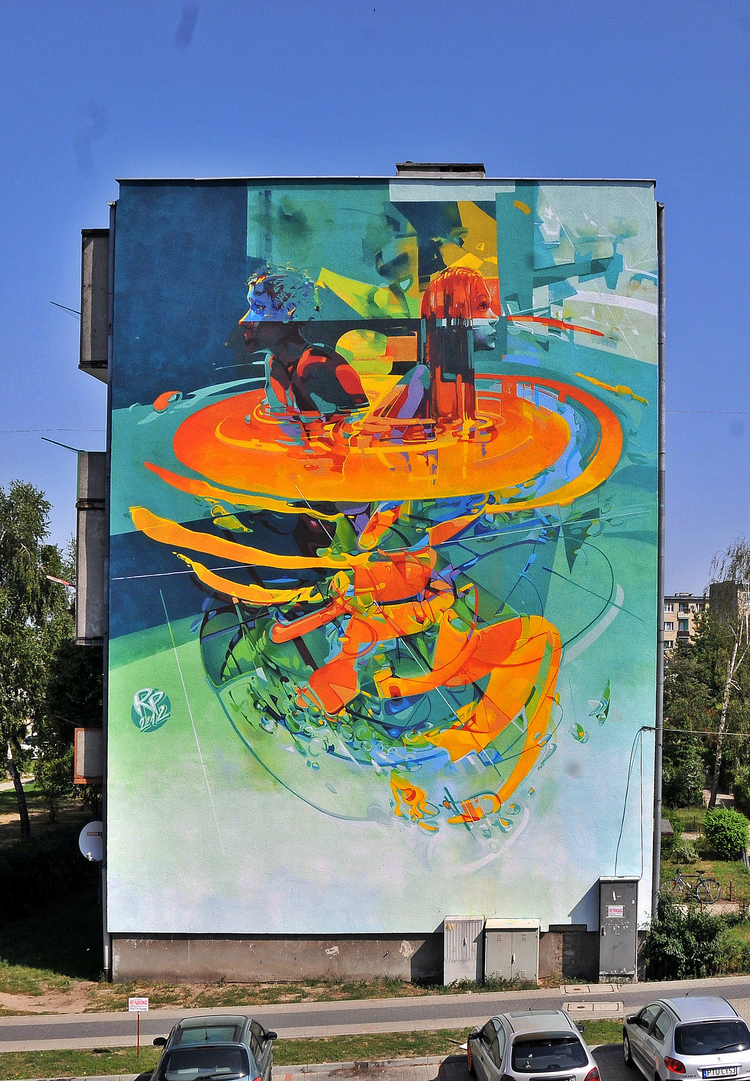