Jerico is a Filipino artist born in Rosario, stationed in Rome, Italy. He moved to Rome with his parents when he was little and started doing graffiti at the age of 13. Nowadays, he is known for his expressionist paintings mainly depicting human faces in his unique way. His probably most important project has been his giant mural “Distance Man Nature” in the Tor Marancia neigborhood. His work portrayed “Michelangelo looking” touching fingers and Japanese imagery – click here to view the mural. 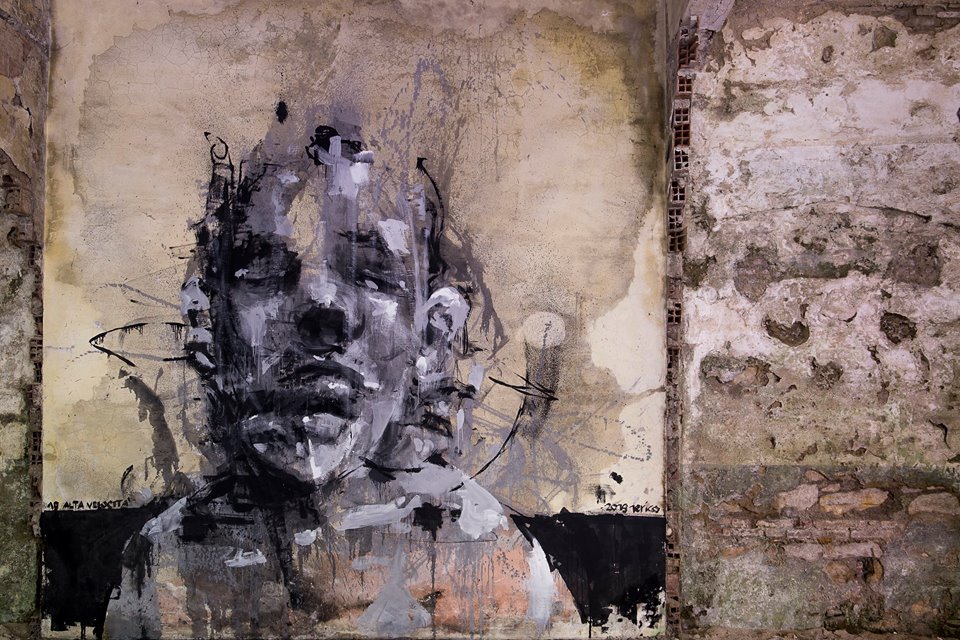