Today’s mural is located on Barrington St. in Halifax, Nova Scotia, Canada.
I had no idea about the existence of this amazing mural until Kevin Cameron informed me about it. Kevin is a very talented artist and his blog focuses mainly on his paintings and illustrations.

The building that this mural is painted on belongs to Jeremy Smith, the owner of the candystore called Freak Lunchbox. One day he decided to replace a previous mural depicting majestic ships with a new modern painting with some candy in it.

This new mural in downtown Halifax was designed by Montreal artist Jason Botkin.

What do you think about the new vibrant piece? 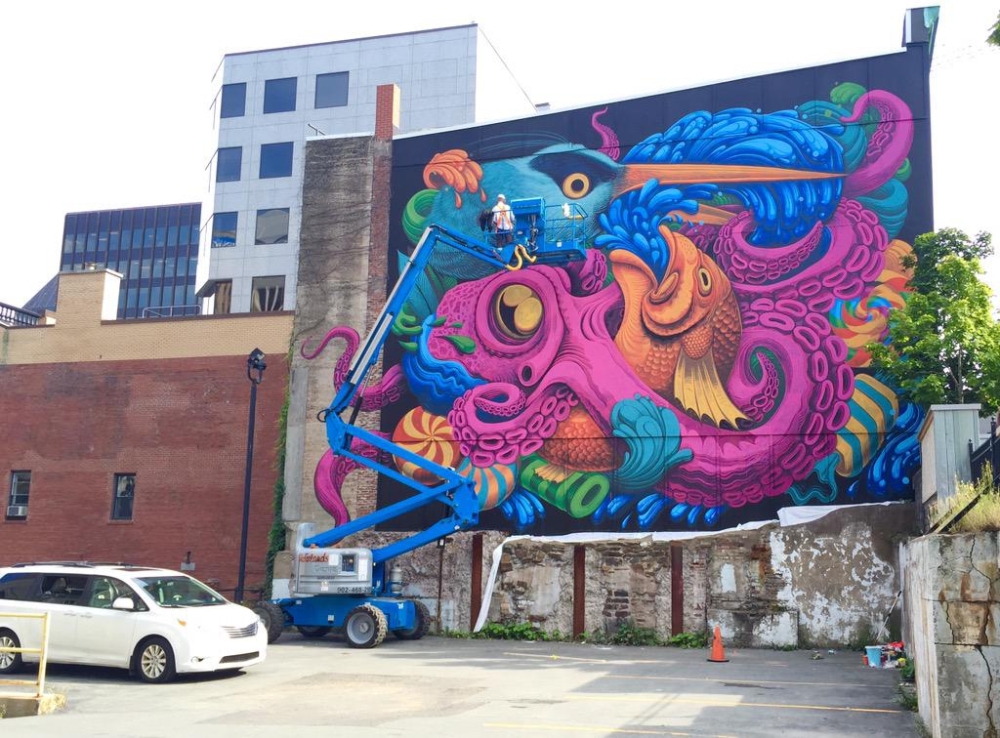 Thank you, Kevin, for the photos and info about this mural!